Our eyes are constantly on the move, darting this way and that four to five times per second. Our eyes have the ability to change direction and focus at an incredible speed.

A new study published in the Cell Press journal Current Biology on August 15, states that researchers have found that the precise manner of those eye movements can change within a matter of hours. This discovery might lead to a way to help those with macular degeneration better cope with vision loss.

“The system that controls how the eyes move is far more malleable than the literature has suggested,” says Bosco Tjan of the University of Southern California. “We showed that people with normal vision can quickly adjust to a temporary occlusion of their foveal vision by adapting a consistent point in their peripheral vision as their new point of gaze.”

The fovea is the small, center-most portion of the retina, which is responsible for our

high-resolution vision. In other words, it is the “pointer” we use to direct our eyes to different parts of a scene, building an image of our world. For those with age-related macular degeneration, increasing loss of foveal vision leads to visual impairment and blindness.

The researchers simulated a loss of foveal vision in six normally sighted young adults by blocking part of a visual scene with a gray disc that followed the individuals’ eye gaze. Once the disc was in place, the individuals were asked to complete demanding object-following and visual-search tasks.  The researchers found that within three hours of working on those tasks, all six participants showed a remarkably fast and spontaneous adjustment of eye movements. Once the visual adjustment had been made by the participants, the change in their “point of gaze” was retained for a period of weeks and was reengaged whenever their foveal vision was blocked.

Tjan and the other two researchers stated they were surprised by the rate of this adjustment. They note that patients with macular degeneration frequently do adapt their point of gaze, but in a process that takes months, not days or hours. They suggest that practice with a visible gray disc like the one used in the study might help speed that process of visual rehabilitation along. The discovery also reveals that the oculomotor (eye movement) system prefers control simplicity over optimality.  Tjan states “Gaze control by the oculomotor system, although highly automatic, is malleable in the same sense that motor control of the limbs is malleable.”

The result of this study is potentially very good news for people who experience loss of their foveal vision due to macular diseases. This study shows that it may be possible to create the right conditions for the oculomotor system to quickly adjust.

Can vegetable oil help combat blindness? Turns out it can!

The Research Center on Aging at the Health and Social Services Centre — University Institute of Geriatrics of Sherbrooke (CSSS-IUGS), England is the home of scientists who have been studying strategies for protecting retinal pigment epithelium (RPE) cells. There is a dysfunction of the RPE cells that is found in retinopathy and age-related macular degeneration, both of which are the leading causes of blindness in elderly people in developed countries. 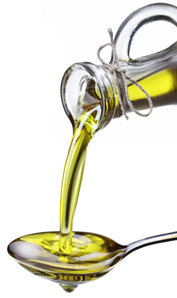 Findings published in the Canadian Journal of Physiology and Pharmacology suggest that incubating retinal cells with vegetable oils induces biochemical and biophysical changes in the cell membrane, which may have a beneficial effect in preventing or slowing the development of retinopathy.

The researchers discovered that the fatty acids present in vegetable oil integrate in retina cells and increase the plasma membrane fluidity.

So what does all this mean?  The researchers concluded that a diet low in trans-unsaturated fats and rich in omega-3 fatty acids and olive oil may reduce the risk of retinopathy. Additionally, the research suggests that replacing the neutral oil found in eye drops with oil that possesses valuable biological properties for the eye could also contribute to the prevention of retina diseases.

This adds to the already established research that what you eat has a direct impact on your health and wellness.