Its the Olympics!  The thrill of victory, the agony of…Pink Eye? 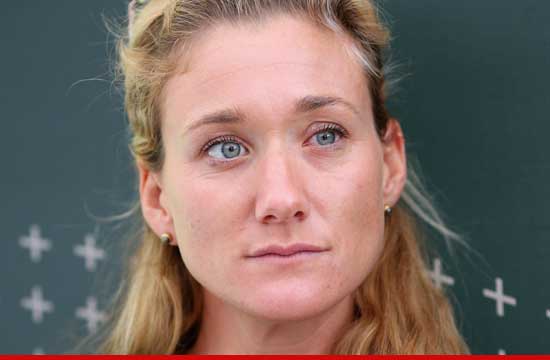 The medical term for  “Pink Eye” is Conjunctivitis.  However even this medical term only describes describes an eye that is red and inflamed but not the cause of the redness.    Proper treatment depends on understanding the cause of the conjunctivitis.   For instance conjunctivitis can be bacterial in origin which can be treated with antibiotic eye drops. Conjunctivitis can also be caused by viruses (similar to a cold, or a virus more severe like influenza). In these cases sometimes anti-viral drops are therapeutic, and sometimes the virus just needs to run its course.   Conjunctivitis can also be caused by allergies which is not a contagious situation and can be treated effectively with many different types of drops.

So which kind of conjunctivitis  does Olympian Kerri Walsh have?  Our powers of deduction tell us it is probably not allergic because of its highly contagious nature (Kerri’s husband also has a severe case and she has been avoiding physical contact with her children and teammate).  It is probably not bacterial in origin either because this type is quite rare and treatable with drops .  Kerri most likely has a viral infection and it also sounds like the more severe kind because the doctors told her recovery could take 2-3 weeks.  Unfortunately ,this will make her very light sensitive and possibly hamper her abilities to perform at this elite level.  Hopefully , “The Pink ” will not hinder Kerri’s chances at  “The Gold”!

I was watching Good Morning America today and imagine my surprise when I saw  Apl.de. ap (one of the singers of the popular music group Black Eyed Peas) talking about his recent eye surgery!

Apl.de. ap  initially came to America from the Philippines at the age of 11, to have his nystagmus treated.  Nystagmus is a rare genetic eye condition where the eyes move fast and involuntary.  He was also extremely nearsighted (also known as myopia–see last week’s blog for more on this subject) and combined with his nystagmus he was considered legally blind (meaning even with his best correction he could only see the big E on the eye chart).

Also with nystagmus, it makes it very difficult to wear glasses since glasses are stable and with nystagmus the eyes are always vibrating.  Contact lenses also can be uncomfortable because of this constant movement.

On July 10, he underwent a surgery that implanted an artificial lens  into each of his eyes.   This is basically the same procedure that your grandparents get when they have cataract surgery. The lens inside the eye is removed and replaced with an artificial one which can  replace one’s  need for eyeglasses and contact lenses.